“Voter ID, and particularly government ID, is fundamental to our democracy,” Rapini said as he kicked off the debate. “It’s fundamental to a functioning society. I think the thought of us not having voter ID is ludicrous.” 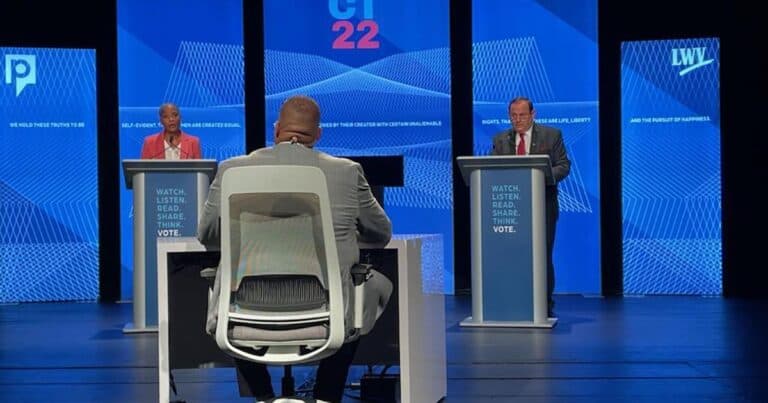 "The two leading candidates vying to become Connecticut’s next Secretary of the State, Democrat Stephanie Thomas and Republican Dominic Rapini, met Tuesday night to debate how the state operates its elections and how voters can access the ballot.  The meeting offered a clear picture of the differences between the two campaigns and their beliefs on early voting, absentee ballots, voter identification laws and the size and scope of voter fraud in Connecticut."