“I don’t believe a ballot should be altered after being printed." - Dominic Rapini 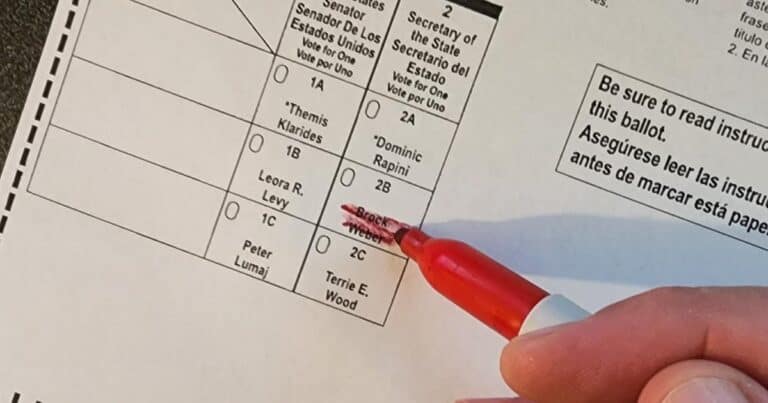 “When a horse scratches at the track, they use a marker to remove his name from the sheet. But elections aren’t horse races—a sharpie is not the solution,” Dominic Rapini said.

Last week, Weber, announced his withdrawal from the three-way Republican Secretary of the State race. Shortly after, the Secretary of the State’s office sent an email to registrars giving them three options on how they address removing Weber’s name from the already printed ballots: using a sharpie marker to blot out his name, using a sticker to remove his name and hand counting the ballots, or reprinting and reprograming the memory cards.

“If I was Secretary of the State when this happened, I would have had a contingency plan in place to reprint the ballots when Weber initially withdrew last week," said Rapini.  “The Secretary of the State’s office chooses instead a lack of uniformity amongst our towns and municipalities that will create mass confusion and further diminish the integrity of our election process.”

“I don’t believe a ballot should be altered after being printed.  I would also like to know where the other SOTS candidates stand on this and why they are being silent? Is it because they don’t have any solutions or is it because they are content with the status quo?”

Rapini concluded, “Simply stated, this is yet another example of incompetence and failure from Hartford.”

OLDER Why No Media Coverage on Lamont’s Suspension of Supervised Balloting? NEWER Outreach to Hispanic Communities is how Republicans Win