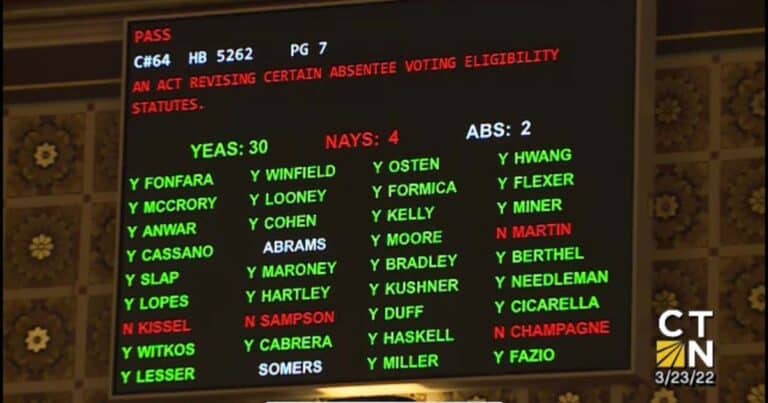 “H.B. 5262 is just another example of government overreach. I am disappointed that the bill passed both the House and the Senate and that it didn’t occur to the ruling elites in Hartford that similar bills that have been passed around the country have been struck down—including in nearby Pennsylvania where the Commonwealth Court declared it unconstitutional. This bill also places yet another unfunded mandate on our tireless election officials, many of whom are already operating with limited resources.  There are ways to improve access to elections, while keeping them safe and secure, but this is not one of them." - Dominic Rapini