For millions of Italian-American immigrants and their descendants, Columbus Day and Columbus statues are a deeply-rooted expression of public pride, culture, and identity passed from generation to generation. 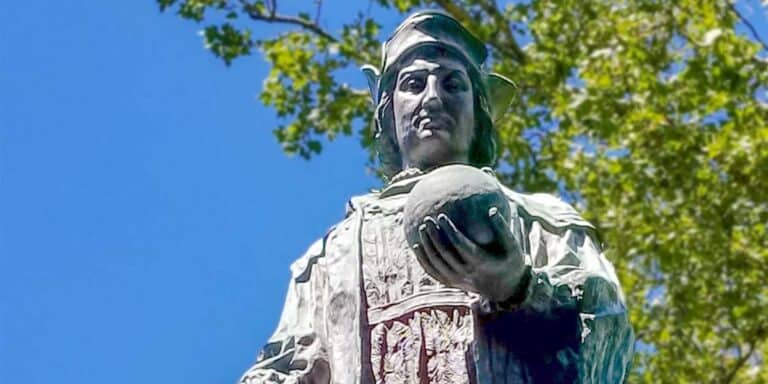 In 1891, eleven Italian-American men were shot to death and mutilated by a mob in New Orleans.  At the time, the press was so biased that it described the victims as “desperate ruffians and murderers.”

In response to this heinous act, President Benjamin Harrison designated Oct. 12, 1892, as a “general holiday” in recognition of the 400th anniversary of Columbus’s arrival in the Americas. To Italian immigrants, the recognition of the holiday and erection of Columbus statues were symbols of acceptance, welcoming and assimilation in their new country. Of course, not everyone celebrated. It wasn’t uncommon for Italian immigrants to encounter religious persecution, difficult working and living conditions and a culture of anti-Italianism. Anti-immigrant groups like the Ku Klux Klan hated Columbus — because he was Italian, and Catholic. They protested Columbus Day and various monuments to the explorer, but Italians were undeterred — determined to celebrate this man and the rest of their heritage.

Columbus revolutionized worldwide human migration that endures with the immigrants of today, more than five centuries after his voyage. His breakthrough application of magnetic declination gave birth to modern-day navigation. Columbus was first to discover a sustainable, wind-powered, trans-Atlantic route and return to Europe with proof of a new world.

Columbus is emblematic of the millions of immigrants seeking religious freedom, economic opportunity, and hope for a better life. When we celebrate Columbus, we recall their sacrifice. We recall the bigotry, ridicule, and exploitation they suffered. But to their children, they gave a new world to be preserved and perfected from generation to generation.