The Republican SOTS candidate is the first candidate for statewide office to receive the grant. 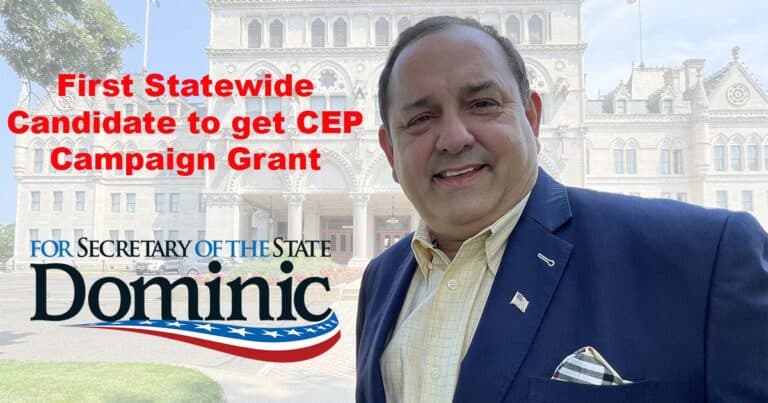 BRANFORD, Conn—On Wednesday, June 1st the State Elections Enforcement Commission announced that it would make its second public grant payments under the Citizens’ Election Program (CEP). The Commission determined that Republican Secretary of the State candidate, Dominic Rapini, was eligible to receive a program grant—making him the first candidate for statewide office to receive the grant.

“Being the first statewide candidate to receive this grant is truly a testament to not only the grassroots support behind this campaign—but also the strength of our organization,” Dominic Rapini said. “We are ready to win in November and bring much-needed change to Hartford.”

The CEP was designed, in part, to reduce the influence of special interests in state politics while encouraging grassroots support of campaigns. In its fourteenth year of providing public funding to General Assembly candidates, the CEP continues to provide a seawall against the rising tide of special interest money in Connecticut elections.