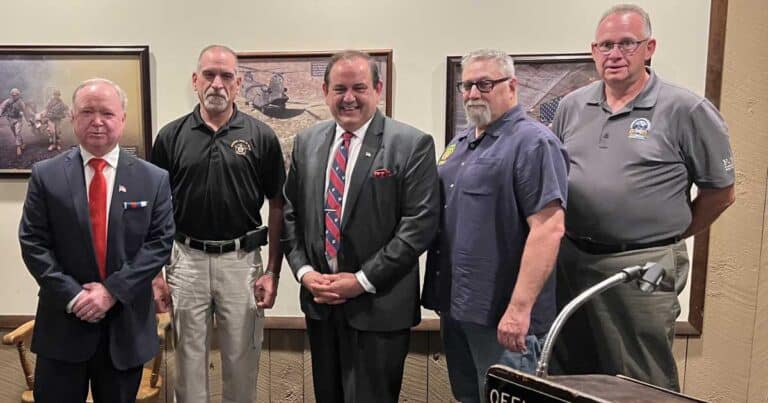 BRANFORD, Conn—On Friday, May 20th the Connecticut State Fraternal Order of Police announced their endorsement of Dominic Rapini, Republican candidate for Secretary of the State.

“I am incredibly humbled and honored to receive the endorsement of the Connecticut State Fraternal Order of Police,” said Dominic Rapini, Republican candidate for Secretary of the State. “These professionals put their lives on the line every day to protect our most sacred rights and we owe them a debt of gratitude. As Secretary of the State, I look forward to bringing our shared value of accountability to Hartford.”